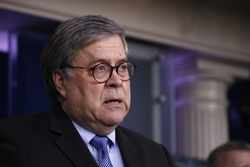 WASHINGTON — “Governments that use the enormous power of law enforcement to punish their enemies and reward their allies are not constitutional republics; they are autocracies,” noted a letter signed by more than 2,000 former federal prosecutors calling for Attorney General Bill Barr to resign because he wants to drop a criminal charge against President Donald Trump’s first national security adviser, Mike Flynn.

Be glad these folks are former and not current prosecutors because they have gone to bat for the very practice they claim to oppose. Federal prosecutors against government overreach — that’s an oxymoron.

Barr’s action, they assert, was “rare” — and that’s a problem because it shouldn’t be rare for the nation’s top lawman to curb one of many abuses that lay at the feet of the feds.

Consider Ted Stevens, the then-GOP senator from Alaska who was found guilty on corruption charges and lost his reelection bid in 2008. Later, it was learned that federal prosecutors intentionally hid evidence that exonerated him.

The Russian probe turned out to be a partisan exercise. We now know that it was clear early on that there was no coordination between the Kremlin and Trump Tower during the 2016 campaign. Then-FBI Director James Comey and — after Trump fired Comey — special counsel Robert Mueller nonetheless carried out a brutal investigation that targeted Trump associates on charges that had nothing to do with Russian meddling.

Yes, the feds got scalps. But they never found a smoking gun in the Russian mess.

Some of the probe’s successful prosecutions involved clear and proven criminal behavior. Paul Manafort, for example, was convicted for bank and tax fraud, but his crimes predated his brief stint as Trump’s campaign chairman.

The one-time Army lieutenant general pleaded guilty to one count of making a false statement about a post-election phone conversation with Russian Ambassador Sergey Kislyak. He later claimed he did so under duress.

Be it noted, Trump fired Flynn in February 2017 for lying to Vice President Mike Pence about his bid to persuade Moscow not to escalate in response to sanctions President Barack Obama imposed against Russia.

Barr’s take, as he told CBS News on May 7, was that if Flynn lied, it wasn’t a crime because there was no lie that was “material to a legitimate investigation,” as the team investigating Russia and the 2016 campaign was closing up. Also, it’s not clear that Flynn intended to lie to the FBI because the national security veteran knew that the feds had recorded the conversation.

But as Mark Corallo, a one-time spokesman in President George W. Bush’s Department of Justice, told me: “Faced with financial ruin and the prospect of his son being prosecuted, he took a deal. By the way, it happens every day.”

Corallo worked briefly for Trump’s private legal defense team. He resigned shortly after the White House released a false statement that asserted Donald Trump Jr. and other top campaign figures met with a Russian lawyer to discuss adoption issues, when in fact Trump’s son had been teased into the meeting with the prospect of dirt on Hillary Clinton.

The meeting did not live up to the hype. In part, because of Trump’s false spin, it became dirt used against Team Trump.

Corallo applauded Barr for dismissing the case against Flynn as the right response to federal law enforcement’s “absolute culture of everybody’s guilty, we just haven’t caught them yet.” When law enforcement chooses to “investigate people, not crimes, tear up the Constitution,” Corallo warned.

The FBI’s questioning of Flynn? “A perjury trap,” quoth Barr, who noted FBI officials failed to inform Flynn that he was under investigation and worked around White House protocol.

Many big media outlets treat Barr’s behavior as partisan. Somehow they have no worries that federal prosecutors working under the Obama administration launched a probe against the GOP nominee based on a “dossier” funded with Democratic money.

There are a lot of people inside the beltway who hate Trump. And he does little to try to change their minds. But law enforcement shouldn’t be a popularity contest, with prosecutors hounding individuals who haven’t broken the law.

As Barr told CBS, “I think it’s sad that nowadays these partisan feelings are so strong that people have lost any sense of justice, and the groups that usually worry about civil liberties and making sure that there’s proper procedures followed and standards set seem to be ignoring it and willing to destroy people’s lives.”

Treasury has disbursed only a fraction of $500 billion coronavirus relief fund, commission reports